Fool for Love: The Inertia Edition 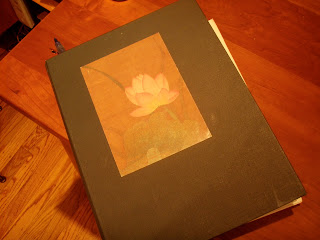 When I was younger, I was terrible at leaving relationships. There could be blaring air sirens and a light flashing "Run! Run!" above a guy's head, and maybe a year later could I pull together the emotional resources to say,"Bob, I don't think this is working out.  I've lost hope that I could ever mean as much to you as your My Little Pony collection."  This is no exaggeration.  In high school, I spent more than a year trying to please a guy who physically fought with me.  As I've previously admitted, I stuck to a man who demeaned me over a Subway sandwich.

Obviously, I had a problem with low self-esteem.*  But I also had a problem with simple inertia.  To break up with a guy, you have to commit to hours of raw cross-examination.  "What went wrong?"  "Why can't we fix this?"  "Can't we try harder?"  You spend days wracked with doubt, wondering, "Did I do the right thing? What if this is the only guy who'll ever love me?" And, the worst part, you feel bathed in acid for hurting a man you deeply care about, despite his flaws.  So, I would put off and put off and put off the inevitable.  Consequently, I gave away years of my life like dinner mints.

Yesterday, I was looking over a diary that I hadn't opened for several years, and I came across two back-to-back entries that made me both laugh and cry at my younger self.


June 16, 2001.  ....Which reminds me of Vronsky**.  We're still dating.  We have been monogamously together now for 2 1/2 years.  It's hard to believe considering that the progress of our relationship seems to have been stalled at the early stages of development.  The state of our relationship -- it's slow development -- was fine with me until recently....Suffice it to say that I finally came to the point where I feel I need to look at the relationship with Vronsky not only in terms of the fun and immediate comfort we take from one another, but also in the terms of a real future prospect....I feel as though I should start working now at finding [the right] man.

March 21, 2004.  ....I told Vronsky today that I need a "break" from the relationship....Vronsky, though he loves me deeply, is not convinced of the belief that we will marry one day.  While I have many doubts of Vronsky and doubts of the whole institution of marriage, I found his position startling and disappointing.  I felt as though I have been pouring gallons of love in a paper sailboat.  And whose fault is that?  Only a fool would think a paper sailboat was seaworthy, that this relationship had the fortitude to sail into eternity....

Let me sum up all the moron tax captured in those passages:  My relationship with this man stopped developing after the first few months, and yet I continued to date him.  It's not until about two and a half years later that I realize this relationship isn't going anywhere.  I then wait an additional 34 months before I can bring myself to break up.  Oh!  Doesn't it make you want to bang your head against something?


*For those of you who might feel concerned, rest assured that the pendulum has since swung the other way.  These days, my self-esteem has evolved into something like a wombat -- plump, cute, and a little surly -- and life has been better this way.  Good men like wombats.

**In case it wasn't obvious, "Vronsky" is not his real name.


26 U.S.C. § 1302 recognizes that "Moron tax applies to all the stupid things a person may do as a result of a stupid thing that person has already done. Both the initial and subsequent acts of stupidity qualify for moron tax."


26 U.S.C. § 1303 provides that "Moron tax may be tripled where the person committing the moronic act stubbornly denies that his or her moronic act was actually moronic."