Even the Young Are Not Spared 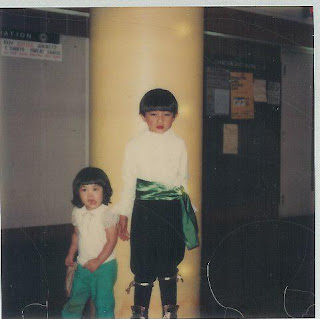 This photo is an artifact from one of my brother's toughest lessons on moron tax.

Here he is, unhappily posing for a picture in a satin pirate outfit and heavy makeup, knowing that he will never live this down. He had just completed a public recital of his pirate themed skating routine at the local community ice rink, where many of his classmates were likely in the audience.

My brother invited this on himself by making an off-the-cuff remark to my mother, months earlier, that he'd like to learn skating because his sister was learning skating. Moron tax then accrued like a snowball rolling down a hill. 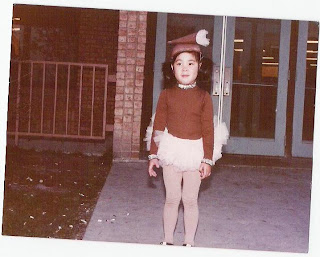 Perhaps you think I'm being unduly harsh in judging my brother's remark as a moronic act. How could, after all, a nine year old boy reasonably foresee that a skating lesson could one day culminate in a tragic consequence for his budding manhood?

But oh ho ho -- you must understand that, less than a year earlier, my brother had attended my moment of shame as an chubby, tu-tu wearing, skating ice cream cone. Could he really think he would escape a similar fate?

He got what was coming to him.

One last note for fairness: only the make-up, the pirate outfit, the public performance of the pirate routine, and the everlasting photograph can be counted as moron tax. The bowl cut is something both my brother and I had been enduring for years, and it certainly wasn't anything either us asked from our mother.