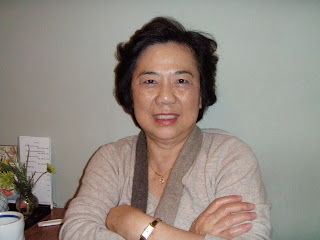 My parents defy logic and law of moron tax.  They bumble through life, barely aware of their surroundings, yet they rarely sustain an injury.  They are the cute couple that you see wandering into a busy intersection because they're preoccupied looking up at some fanciful thing, like skywriting or a nest of doves.  Cars come to a screeching halt, but my parents drift through without noticing.  When they reach the other side, they are surprised to discover that I'm still on the other side of the street.  They cock their heads and shrug their shoulders at me, inquiring "What's taking you so long?  And why do you look so pale?"

My parents not only somehow survive their inattention, they often thrive on it.  Without even trying, their lapses in common sense and sound judgment often become moments of fortune.  They are those infuriating people who routinely hit on 17 in Vegas and, more often than not, get 21.

When describing my parents' mind-boggling good luck to people, I like to tell a story about my mother.  First, I say, imagine my mother, the gruff woman who has yet to keep an opinion to herself.  She's flying down the road in her flashy sports car and weaving in and out of traffic.  A police officer pulls her over and, before he has a chance to say anything, my mother says, "Officer, I know I was speeding, but I am really in a hurry because I'm late."  The Officer, whom I am sure was raising an eyebrow at this point, replies, "Where are you going that you have to be in such a hurry?"  "Officer," my mother bluntly (and, I'm sure, loudly) says, "I am late to traffic court!  I have to see the judge.  If I you give me a speeding ticket and make me late, he might double my fine!"

(I usually pause here to let the irony sink in.)

For those of us who are subject to the laws of logic and moron tax, the Officer would then look down upon us disapprovingly, write out the speeding ticket, and then deliver a lecture on the dangers of speeding that would consume enough time such that no amount of speeding could save us from tardiness, the judge's wrath, and the doubled fine.  For my mother, the Officer responds, "Oh you are in a hurry.  Ok, I'll drive ahead and escort you to the courthouse."  My mother, of course, arrives on time.  And, as if that wasn't enough luck for the day, the judge also dismissed her ticket.